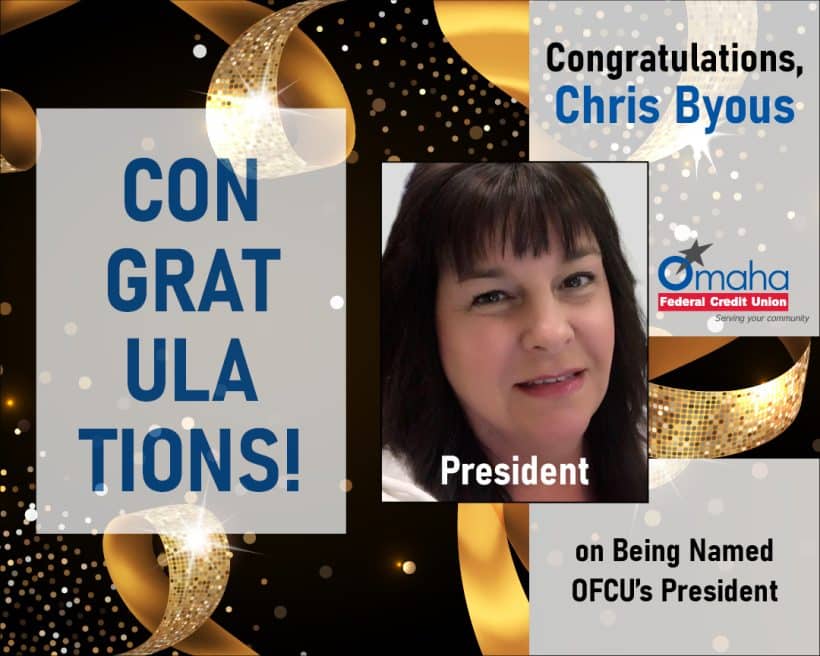 The Board of Directors of Omaha Federal Credit Union is proud to announce that Chris Byous has been named its new President as of October 11, 2022. Chris began her career with Omaha Federal Credit Union in 1993 as a Branch Manager at the Edward Zorinsky Federal Building. During her 29-year tenure with OFCU, she has acquired many years of financial knowledge, management skills and commitment to the Credit Union. In 2017, she was named Vice President of Lending, where she oversaw all the consumer loan and home mortgage programs. She was promoted to Vice President of Operations in 2020 where she was an integral part of leading the Credit Union’s conversion to a new core data processing system. She is devoted to OFCU’s mission of serving account holders and the community, and her wealth of experience and deep commitment will lead the Credit Union moving forward into the future.